The strong and optimally-developed mental and self potentials are important to face the work competition of Asean Economic Community (AEC). Many young workers do not realize the existence of more tight competition yet. The strong mental and self potential are very important because according to International Labor Organization (ILO), in approaching AEC, the labor demand will be higher. Indonesia’s labor readiness depends on their mental to compete with the foreign labor. The strong mental preparation and the self potential development will prepare someone’s best quality and ability. Highly qualified and capable local labors will not be replaced by foreign labors. The best self quality must be shown and developed to face competition in the global level because the competition among positions will keep on opened, the sector will keep on expanded but the requirement will be stretched. Only people with strong mental and the best self potential will win the competition.
One of many problems which have close relationship with the self potential exploration and the strong mental attainment is that young generations do not know how to get it. An example like the height of fight numbers among teenagers. Fight level among teenagers has reached the concerned limit in the big cities. The example is data in Jakarta, Bimmas Polri Metro Jaya in 1992 recorded 157 students fight cases. In 1995, there were 194 cases with 13 students and 2 inhabitants passed away. In 1998, there were 230 cases which defeated 15 students and 2 police, and in the next year, the victim increased to be 37 victims passing away. Over the years, the fight and victim number tended to increase. They are confused because there is not guidance or paragon of parent’s behavior. The way to assuage it is teenagers must have self correction and parent or teachers are recommended to give the relevant education appropriates the current teenager’s requirement and it’s relevancy with the talent development and teenager’s potential.
The height of unemployment number in scholar is also an example of young generation’s confusion to explore self potential and reach strong mental. Statistics data informed that the bachelor unemployment number in February 2013 reached 360 thousand people or 5.04% of unemployment total which reached 7.17 million people. It could happen because most of bachelors are just job seekers and they hardly wish to be job creators. This problem comes from college which is more focus to prepare it’s student pass faster with cumlaude performance index without giving competence and skill to know and enter work world. Generally, bachelor unemployment’s have low skill and do not have mental preparation to enter work world yet. Those problems show that young generations are not ready with the coming of AEC. 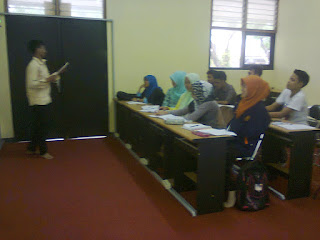 The purpose of this writing is to explain the concept of character education to establish strong mental and optimize the self potential exploration. Character education is a planned effort to make protégés know, care, and takes values that have purposes to upgrade implementation and education result in the school through character formation of protégés perfectly, integrated, and balanced appropriate with graduate competency standard. Character education has attracted various countries’ attention in order to prepare the quality generation to whole nation’s importance. It can be interpreted as the deliberate us of all dimensions of school life to foster optimal character development. It requires special methods which are exact in order that education purpose can be reached. Among the suitable study methods are precedent method, custom method, commendation method, and law method. This writing also has purpose to give inspiration to young generations, teachers, and parents about the character education importance.
One of many things that can be done by young generations in order that their mental becomes stronger and the exploration process of self potential becomes easier is participating in IAYP program. Extracurricular study model has been applied in IAYP (International Award for Young People) program which is centered in England (McMenamin, 2011; Shinta, 2013). IAYP program includes sport, skill, and society service that must be done 60 minutes in a week minimally for 3 months (twelve times activities) for silver level. Additional activities are specialization (choose one of the activities, for twelve times activities) and adventure (two days one night). The program which comes from Germany is a character education which has been admitted by 144 countries (McMenamin, 2011; Veevers, 2006). The purpose of this character education activity is to get the good custom, like resilience, readiness of competition, responsibility, task completion, capability of realistic potential appraisal, potential exploration by helping other person’s success (Veevers, 2006). IAYP is founded by HRH The Duke of Edinburg and Kurt Hahn and joined by youths 14-24 years old aged in the world. 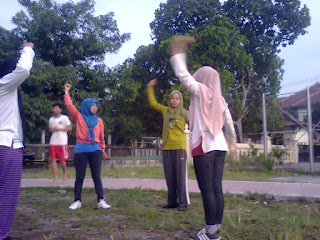 The activities in IAYP program are sport, skill, society service, and adventure. The sport is very important to strengthen teenager’s self potential. On this program, the sport must show progress or improve from week to week because to achieve a big thing, it must be started from a small thing (little by little). For example, if someone will follow tests to be an employee at an international enterprise, so the health test is important. Sometimes, the test is running around the field but if the participant’s body is weak, so he will not pass in the world level employee selection. Avoiding smoking behavior is very helpful to the health test. By doing sport activity in IAYP, someone is familiarized with healthy life for his future requirement.
Skill is very useful because it can sharpen the students’ self potential. Every time, there is information about competition, students are always challenged to join it by supplying their skills in IAYP program. They are always enthusiastic to participate because insensibly their strong mental to compete in themselves has been formed. If it is correlated with AEC, certainly, skill activity is so important. An economist from University of Islamic Indonesia (UII) Yogyakarta, Edy Suandi explained that Nowadays, there are 600.000 intellectual unemployed people. Without correction to Indonesia labor’s quality, it can be happened “booming” of intellectual unemployment. The college must pass the graduates who are appropriate with the demand of work exchange. So, skills like advancement in a variety of computer programs, making articles, erudition, speaking English or other foreign languages, handy to string up electronic tools and electric, and also the others skills which are required in the work world are very important. Skills from school sometimes are not enough, so someone must keep on developing and train his or her self potential by looking for the correct mentor to expand knowledge.
Next, it is society service. The students are trained to have the high social spirit and be useful for fellow being. Activity that is usually reported in mass media is cleaning rubbishes in the river. The activity may just be done once in one year to memorialize Earth day, Scout day, etcetera. So, it is just for ceremonial purposes. Meanwhile, society service which is so cool is cleaning the campus’ water closets voluntarily and routinely for six months for bronze (included three months specialization) and silver levels. It is cool because students have capability to clean campus’ environment although it has had the cleaning employees. Their volunteering and social spirit underlie them sincerely doing it for shaping the better character up, those are care to the environment and useful for surrounding people. Someone does society service publicly will increase their care to environment and train self confidence.
IAYP program emphasizes teenager happiness principle by teaching interesting things for them and it is outdoor activity. The outdoor activity that is free from rigid rules will make children participation (involvement) in the program become higher (Waite, 2011). However, definitely, doing IAYP program must pay attention honest behavior formation and not postpone tasks. Everybody who are joining IAYP program must always be honest and routine to do the activities depend on their commitment. Many probabilities if someone does fraudulences if they do not hold the commitment strongly yet, it means they do not have strong mental. Besides, postponing tasks is not a good thing. By postponing tasks, someone tends to ignore tasks that should be finished immediately. For IAYP program, the worst possibility is if someone often postpones task and forget the commitment he made so participant must repeat it from beginning or giving logic reason with the valid proof.


Therefore, without strong mental and continuous exploration of self potential, someone tends to do useless things. Facing AEC work competition by preparing self best quality is the smartest way. IAYP program helps someone to establish strong mental and compete continuously with responsibility and show that the person has potential and it must be explored in order to be useful to himself or other people. IAYP activities will sharpen and strengthen mental and optimize self-potential exploration, so they are ready to enter the work world with their character education. Get Awesome Stuff
in your inbox

Related to Move On Psikologi UP45